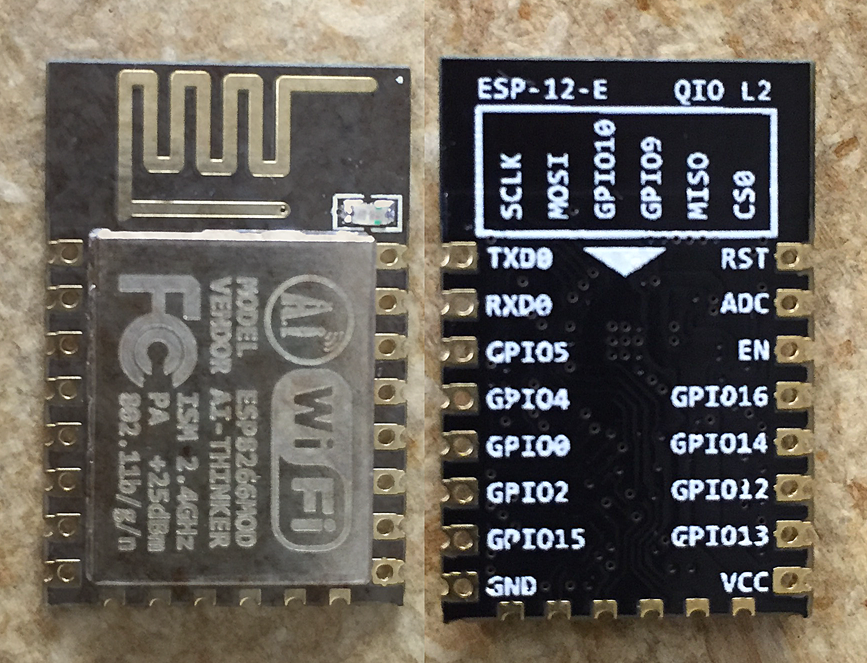 About a year ago I put up some money for the Wino-Board kickstarter project, received my Wino-Boards and did nothing with them for 12 months. They are effectively a tiny Arduino board attached to the innards of an ESP8266 WiFi module.

I finally had a play with them last week and after making a few changes to the Wino-Board libraries (The current version could not do an HTTP GET), I found them very easy to use.

The more intriguing thing about the Wino-Board was finding out more about the ESP8266 module and that it is now possible to directly program the module itself using the Arduino IDE.


I picked up three ESP8266 (model 12E) modules off trademe for under $20 and started playing. These devices are the future, being able to program a chip to connect to the internet over WiFi is an impressive feat, especially for a six dollar part.

The ESP8266’s arrived and this is where the learning curve got very steep, very quickly. These devices are normally incorporated within a development board such as a NodeMCU, but if you want to save money, make ultra small IoT devices and make life hard for yourself, it’s definitely possible to use the bare ESP8266 Module.

I hope to add a few posts over the next few days covering how to interface with these devices directly.